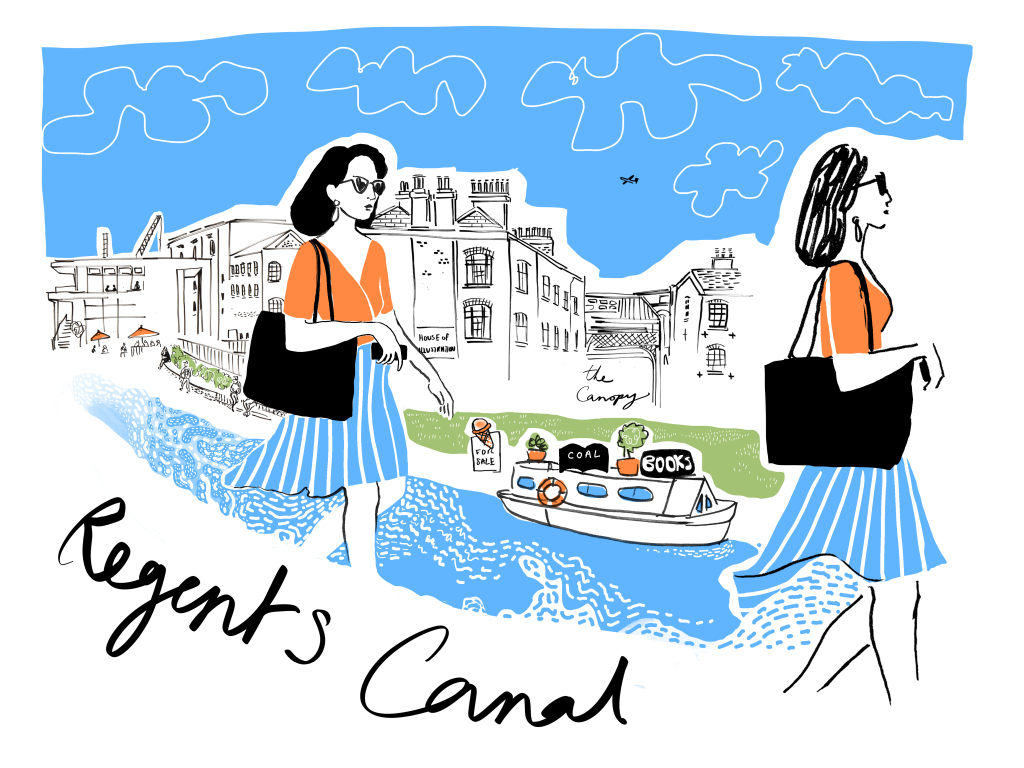 This year we’re getting to know the people behind the brands, with a series of blogs introducing you to our 2019 exhibitors. We want to share an insight into some of the world’s most creative minds to find out what inspires them the most.

In this post we hear from Cheri Jerrard, an illustrator from London who is inspired by the reality of everyday people, about her two day experience in King’s Cross drawing the cultural hub that has evolved more rapidly than any other place in London.

Always evolving, the Kings Cross I once knew… wasteland, late night clubs and urban golf have all been replaced /enhanced with sleek architecture, vibrant restaurants and retailers with their finger firmly on the pulse. The people in this transient world fascinate me. They appear grounded despite change being the only constant. A diverse mix of fashion students, city workers and tourists.

It was a hot weekend in London – Temperatures hit a high and my eyes felt like raisins. I was using my Lamy pens, Risdon & Risdon pen roll and some great kuretake felt tips to add variations in line size. Paper was a mix of Bristol and Marker. My main aim was to capture how it felt to be there … mostly people drawing with hints of buildings. The first few drawings are often my least favourite as it takes a while to soak up the true atmosphere and overcome my preconceptions.

The next part is tricky – I have to let go of some of the pictures I love because they aren’t needed and I have to redraw some that aren’t up to standard. It’s a fine line between losing the essence and not polishing it enough. I try to mix it up a bit. Some additional work on my ipad pro with photoshop and more hand drawings while keeping mostly original sketches.

After 3 months I have 5 finished illustrations in the Kings Cross collection now titled ‘You are here‘. They will be on display for the first time at designjunction 19 September.

Book your ticket to designjunction