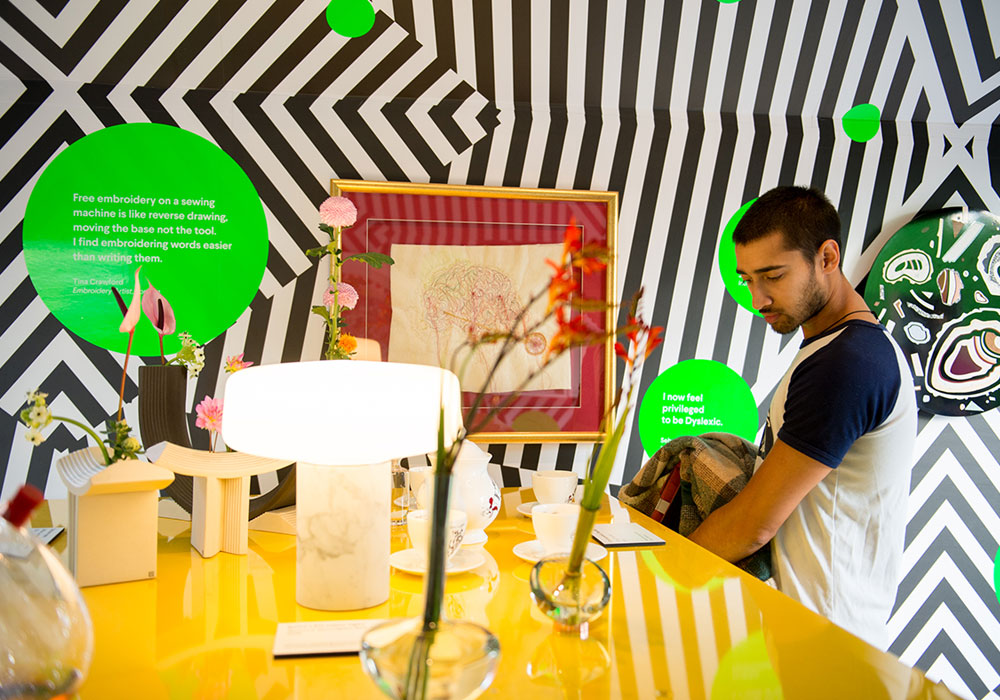 In 2016, designjunction was delighted to play host to Dyslexic Design – an exhibition which celebrated the connection between dyslexia and creativity. The project, in support of the British Dyslexia Association, showcased more than 10 dyslexic designers’ work over five days during the London Design Festival.

A selection of high profile creatives, from a variety of disciplines – be that art, fashion, photography, typography, street art, design, illustration, music etc. – were invited to customise Casper stools, designed by Michael Sodeau and manufactured by Modus. The customised stools were exhibited on the Modus stand in Cubitt House at #djKX during the London Design Festival and later sold in a silent auction with all proceeds donated to Movement on the Ground.

designjunction proudly supported Teddy’s Wish for the second consecutive year in 2015 to present A Child’s Dream.

The project, in partnership with Vitra, asked 21 world-famous designers, architects and artists to customise an iconic Eames elephant. Creatives involved included Sir Kenneth Grange, Russel Pinch, Terence Woodgate, Patternity, Sebastian Wrong and Zandra Rhodes. The final pieces were displayed at Victoria House in an installation imagined by Anthony Dickens and Studio Make Believe and sold in an online auction. The herd of elephants raised a brilliant £9,630 in total – all of which was donated to Teddy’s Wish, who raise funds to support potentially life-saving research into SIDS, Stillborn and Neonatal Death Syndrome and helps provide support services for grieving families.